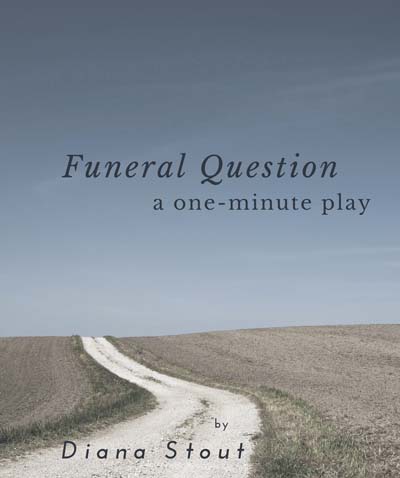 (As the lights rise, we see a closed casket stage R. Visitors mill around, small groups forming, and we hear snatches of conversations. The deceased is Kathy.)

Can you blame him? I shudder to think of him finding her like that.

I’ll never forget how she brought meals every night when Maggie spent a month at Hopkins, and then when she came home how Kathy took care of her.

She was wonderful at story hour. My Barry wants to be a writer because of the way she told stories. No child was ever left out or forgotten.

Fundraising, Bible vacation school, she ran the nursery, sang in the choir–

Why a shotgun? It just doesn’t make sense.

(She looks to the closed casket.)

To destroy that lovely face that way.

She was such a natural beauty.

Inside and out. She just took care of everyone.

Who took care of her?